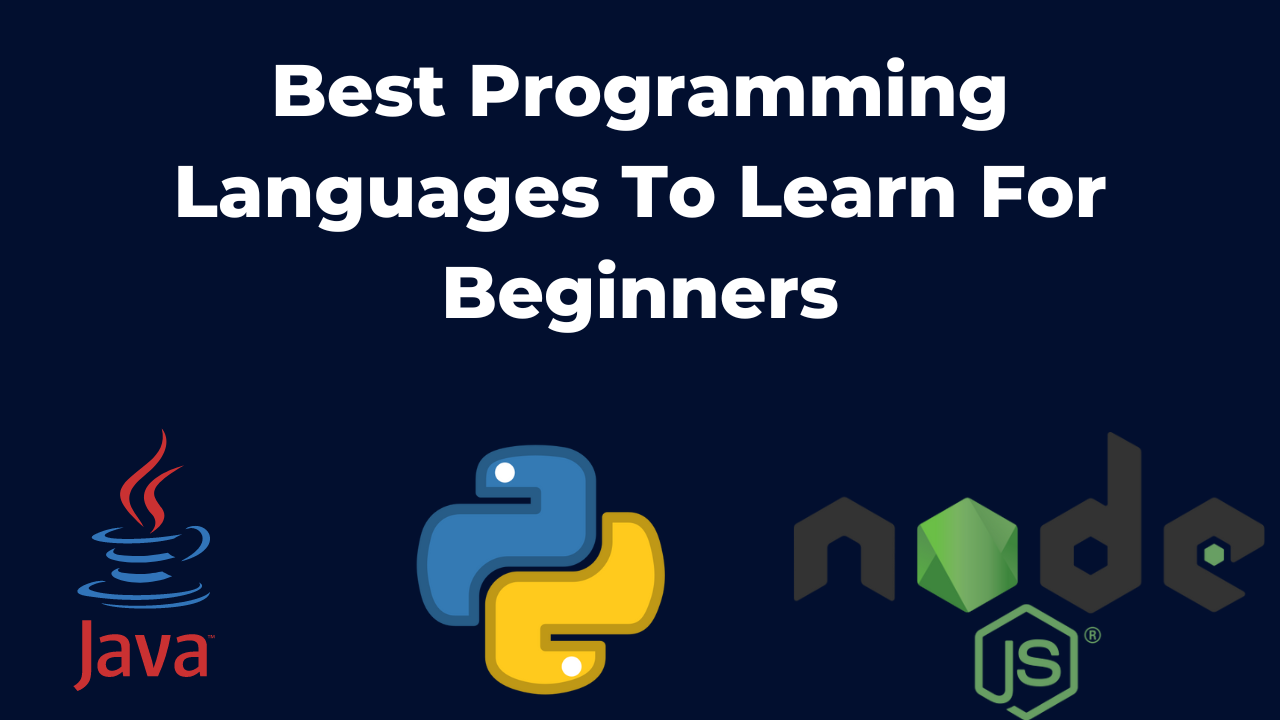 It’s a big deal to decide to learn to code. You’re eager and prepared to begin your adventure since you are aware that there is plenty to learn.

There is only one issue.

When faced with the dilemma of what programming language to learn as a novice, how do you choose your first book or course?

Python, JavaScript, Java, C#, C/C++, and PHP are some of the most widely used first programming languages. Any language can be used to learn the fundamentals of programming, but if you have a specific objective in mind, choosing the correct first language might accelerate your progress toward that objective.

You must first consider your purpose in order to respond to this question. Why are you studying coding? What do you want to accomplish?

Most people’s best bet here is probably finding work as a developer. However, you might possibly wish to work independently or perhaps you have your own project idea that you’d like to learn how to construct.

This article will examine a variety of potential objectives and recommend the appropriate language to learn for each of them:

Get hired as a developer

When someone decides to learn to code, this is the main reason they do so.

There are hundreds of distinct tech specializations that require writing code, yet the term “developer” is a general one. The list continues on and on and includes front end, back end, complete stack, QA, DevOps, site reliability, security, and mobile.

The first three on that list, which fall under the broad heading of “product” development, are the ones that beginners tend to be involved in the most. Your task, then, is to create code that enhances or adds to the features of a specific product.

Let’s examine each one in turn.

Front-end developers work on a product’s user interface (UI), which is the part that customers view and utilize. Their responsibility is to work with designers to implement designs using code.

They combine JavaScript, HTML, and CSS as front-end languages (and often work with frameworks built on top of these core technologies).

Front-end development can be a good fit for you if you enjoy coding but also have a keen sense of design and enjoy thinking visually.

Back-end developers write code that runs on servers and communicates with databases; they do not work on the user interface of an application.

The server-side languages that developers use will rely on the ‘tech stack’—a conglomeration of technologies—at their present employer. Though many programmers have a preferred language, they frequently study multiple languages. Python, Ruby, Java, Go, C#, and PHP are a few examples.

Back-end development may be a good fit for you if you like manipulating data or addressing non-visual problems.

As the term implies, full-stack developers can work across “the complete stack,” which means they can do a little bit of both. The title might mean different things at different firms, and most people actually have at least a modest bias for one component of the stack.

Before the 2009 release of Node.js, being a full stack developer meant knowing at least two languages. JavaScript may now be used on servers in addition to its native environment of browsers thanks to Node.js. JavaScript is now among the most adaptable languages you can learn as a result of this.

Learning a little bit about everything is an excellent place to start if you don’t believe you have enough information to choose between front-end or back-end development or if you don’t have a clear rationale for doing so. In the future, you can always choose to become more specialized.

Some people take coding classes in the hopes of one day working as developers for their preferred companies. Maybe you’ve always liked what they stand for or you just genuinely appreciate the product.

If this applies to you, it only makes sense to find out what tech stack that specific organization employs and choose a language from it to learn.

A word of warning though: always have a backup plan in place in case your first choice of firm doesn’t play out.

Proprietary languages, which are rarely used elsewhere, are found in some of the larger companies (Google and Facebook, for example). Learning one of these will significantly restrict your options, so it is most likely not a wise decision.

The good news is that since every business speaks a variety of languages, you should be able to discover one that is also spoken elsewhere.

Coding abilities can be put to good use while simultaneously enjoying the advantages of working for yourself through freelancing (like getting to pick which projects you work on, and setting your own schedule).

Although there are many different types of work you may take on as a freelancer, for the purposes of this post, I’ll assume you mean creating websites for small clients that you then turn over to them to handle after the project is complete.

WordPress is a platform that is frequently used for this kind of job. Nowadays, WordPress development is so common that solutions are available that allow anyone to create websites without even learning how to code. However, you’ll need to learn at least the fundamentals of PHP, along with HTML and CSS, if you ever want to create themes, plugins, or alter the functionality of WordPress as it is by default.

PHP is the ideal first language.

Mobile programming is still a sought-after and valuable ability to have, regardless of whether you have your own app idea or want to get employed by someone else.

It’s less prevalent than the several kinds of web development that we’ve already covered, but depending on what you want to do with it, it can be to your advantage.

You typically need to master the language of whichever mobile platform you wish to develop your app for because mobile platforms are all built on different technologies: Swift or Objective-C for iOS (Apple), and Java for Android (Google).

I would advise starting out with Swift as it was created intended to be beginner friendly, unless you have a specific goal to make an Android app:

Swift can provide access to the coding world. In fact, regardless of whether you’re still in school or investigating alternative career choices, it was created to be anyone’s first programming language.

Swift’s language is the best.

Of course, there are many more tech-related languages, jobs, and industries, but setting a specific goal at the outset and organizing your entire learning process to achieve it will help you stay motivated.